FROM FIRST TO FOURTH. THE NEW FABIA HAS A LOT TO LIVE UP TO 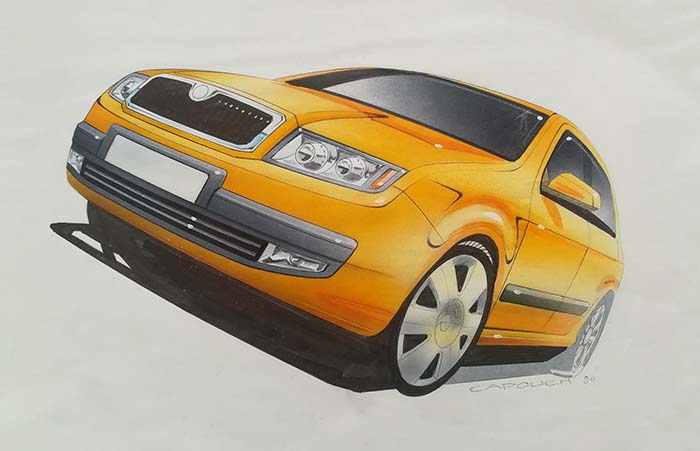 FROM FIRST TO FOURTH. THE NEW FABIA HAS A LOT TO LIVE UP TO

Judging by the first released images of its silhouette, the fourth generation of the popular FABIA model will have reworked proportions and will offer state-of-the-art technologies, improved safety and even a bigger boot.

The new FABIA is built on the Volkswagen Group’s MQB-A0 platform for small cars with transversely mounted front engines. This platform has allowed the fourth-generation FABIA to grow in all directions. Although ŠKODA will not fully unveil the new FABIA until spring, we already know that its luggage space will be 50 litres bigger than its predecessor’s. A stiffer body and a modern array of safety and assistance systems will enhance the driving experience and both active and passive safety.

What’s more, the fourth-generation FABIA will be endowed with a modern EVO petrol engine with low fuel consumption and low CO2 emissions. Customers will also be able to choose between a manual gearbox and a DSG seven-position automatic transmission. This will make the new ŠKODA FABIA one of the most universal models in its segment, just like the first generation presented in 1999 was.

The first-generation FABIA followed up the FAVORIT and FELICIA models that date from the 1980s. By the end of the millennium the FABIA had become the definition of a small urban car and family car for the 21st century. The new model’s name continued its predecessors’ tradition by starting with an F. The first ŠKODA FABIA became the first modern ŠKODA car for the B-segment (called “supermini” in Anglo-Saxon countries) that was developed entirely under the aegis of Volkswagen Group.

The first-generation FABIA used what was then the group’s latest platform for small cars, known as PQ24. So compared to its predecessors, it was genuinely a brand new model with new technologies and design. The brief sounded simple. “We were given the basic dimensions and technical specifications dictated by the platform, and our job was to design a modern, but still a relatively conservative small car,” recalls Václav Capouch, who was exterior design coordinator in the ŠKODA design team. In the end, three alternative designs were produced in parallel. Besides Václav Capouch’s version, designs were made by Belgian Luc Donckerwolke and Brazilian Raul Pires.

The three different interpretations by three different designers provided the first outline of the future FABIA. What they all had in common was that the body was noticeably more rounded at the back of the roof and around the rear windows than in the final design. Although the three versions were different, they had some obvious features in common: the bold line of the sides with a clean, flat surface, and the way the sides of the car were separated from the other surfaces with one pronounced line running from the front bumper to the rear lights.

Designers of the first generation

The design of the first-generation ŠKODA FABIA was the work of a team of around twenty designers. The team was composed of experienced experts and young talents drawn from all over the globe. ŠKODA’s design chief at the time was Dirk van Braeckel, and the exterior design coordinator was Václav Capouch, who had previously worked on the “Bertone” FAVORIT and its successor, the FELICIA. In addition to him, Luc Donckerwolke and Raul Pires, there was Martin Uhlárik, a Canadian with Slovak and Czech roots, who worked on the interior design. The model’s derivatives were largely designed by Daniel Petr, who works in the Czech carmaker’s design department to this day.