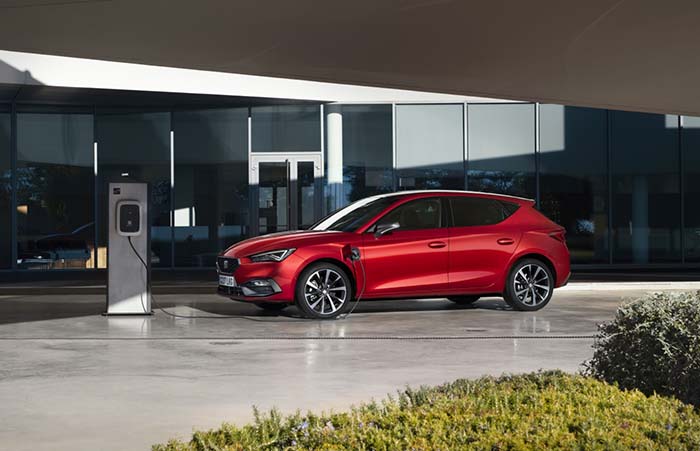 Milton Keynes, 10 December 2020 – The SEAT Leon e-HYBRID, a plug-in hybrid which recently opened for order, has been confirmed to benefit from a Benefit in Kind (BiK) rating of just six per cent and ultra-competitive total cost of ownership.

The ultra-low BiK rating, applicable to plug-in hybrids with an electric-only range of at least 40 miles, is available with Leon e-HYBRID FR and XCELLENCE.

It is anticipated that this low BiK rating will prove attractive for fleet and company car buyers alike, giving the Leon a Total Cost of Ownership (TCO) of just 30.0p per mile and a strong residual value of 40 per cent after 3 years and 60,000 miles.

The e-HYBRID drivetrain combines a 1.4-litre TSI petrol engine with an electric motor and six-speed DSG transmission, resulting in a total power output of 204PS and a 0-62mph time of 7.5 seconds.

Both Leon e-HYBRID FR and XCELLENCE produce CO2 emissions of 27g/km and a combined WLTP fuel consumption figure of 217.3-235.4mpg.

Power is supplied to the electric motor via a 13kWh lithium-ion battery back which is recharged via a 3.6kW AC inlet. This enables Leon e-HYBRID to be fully charged from 0% in less than 3.5 hours.

The new Leon e-HYBRID is the first of a number of new plug-in hybrid vehicles from both the SEAT and CUPRA brands as part of an electrification offensive. The CUPRA Leon e-HYBRID and CUPRA Formentor e-HYBRID will arrive in the UK in the first quarter of 2021, followed by the SEAT Tarraco e-HYBRID in the second half of the year.

The all-new Leon is designed, developed and built at SEAT’s facilities in Martorell, Barcelona.