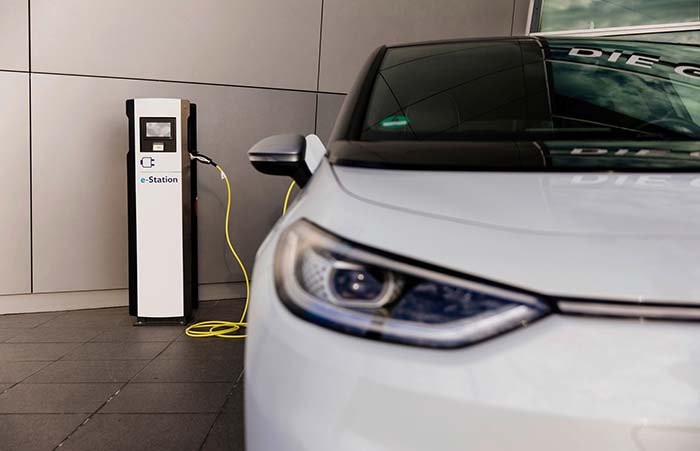 
The Volkswagen brand is significantly expanding the charging infrastructure at its German sites. Some 750 new charging points are planned for next year, including the first High Power Charging stations with up to 300 kW power. Some 2,000 charging points in total are expected to be in operation by the end of 2021 – over 50 percent more than at present. Currently, there are already more than 1,200 charging points at Volkswagen’s ten sites in Germany. A large share are publicly accessible and can also be used by EV drivers who do not work for Volkswagen. The biggest charging park with some 500 charging points is located in Wolfsburg. Further parks have been installed in Hanover, Brunswick, Salzgitter, Kassel, Emden, Osnabrück, Zwickau, Chemnitz and Dresden. In the last twelve months alone, Volkswagen recorded over 50,000 charging operations at its sites in spite of corona. The power comes exclusively from renewable energy sources.

Thomas Ulbrich, Member of the Board of Management of the Volkswagen Brand responsible for E-mobility, said: “As announced, 2020 marked the start of Volkswagen’s major electric offensive. We successfully launched the ID.301, and are already following that up with the next model, the ID.402. Volkswagen is also making an important contribution to the urgently needed expansion of the charging infrastructure. We need significantly more charging points in Germany and Europe if electric vehicles are to establish themselves quickly. For that reason, all players from the fields of politics and industry must continue their efforts in the coming year.”

The Volkswagen brand has a comprehensive commitment to charging. Some 4,000 charging points are to be installed at the brand’s sites by 2025. Volkswagen dealers are also expanding new charging options on a large scale. In future, every Volkswagen dealer in Germany will provide at least one AC charger with 11 kW power and one DC charger with 22 kW power. In addition, the Group engages worldwide in setting up fast-charging networks – via IONITY in Europe, Electrify America in the USA and CAMS in China.

Volkswagen also offers proprietary wallboxes, charging services and green power tariffs via its subsidiary Elli. Home charging is booming: In the last three months alone, private wallbox deliveries by Elli ran at a five-digit figure. In Germany, demand is driven by the incentive program for private charging stations that offers a €900 bonus for the purchase of connected wallboxes. Volkswagen supplies two models eligible for the bonus – the ID. Charger Connect (€599) and the ID. Charger Pro (€849). Despite high demand, delivery time for these models is currently approximately two weeks.

Volkswagen was the first automaker to commit to the Paris Agreement and aims to become climate neutral by 2050. Under its long-term planning for the next ten years, the Group intends to launch some 70 all-electric models by 2030. Around 20 of these are already in production, with 50 more to follow. The Planning Round envisages production of approximately 26 million fully-electric cars by 2030. The Group plans to spend some €35 billion on e-mobility alone.